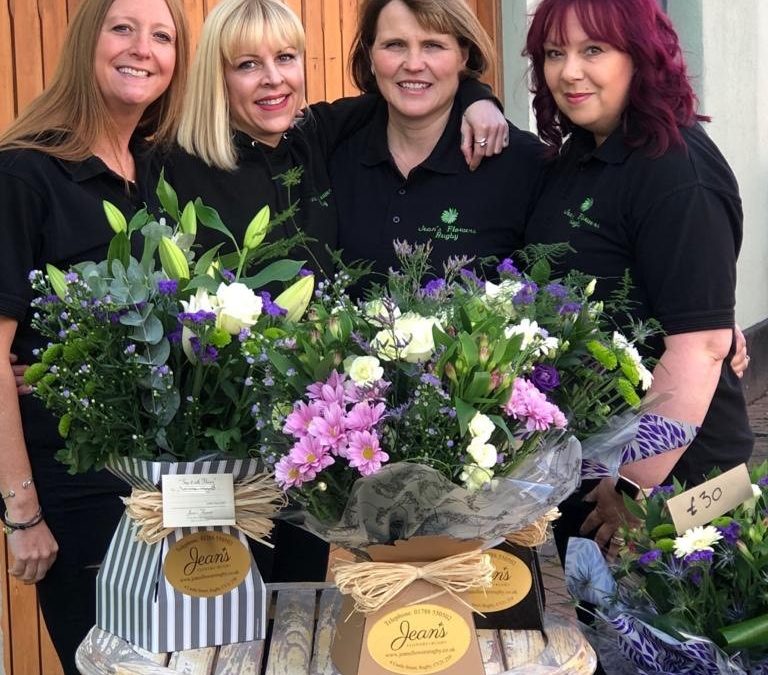 Business is blooming for Jean’s Flowers

Business is blooming for Jean’s Flowers

Jean’s Flowers based in Castle Street continues to defy the apparent low consumer confidence in our high streets and is looking forward to celebrating 30 years of trading in Rugby town centre in 2020.

The business was originally started by Jean Flear before being taken on by her sister Celia Tonks. It was in 2011 that current owner Angela McDonnell took over the business and has since continued to take Jeans Flowers from strength to strength.

As Angela explained, it is that close bond and ‘family feel’ that now sees Jean’s Flowers continue to serve a very loyal customer base, with the business now providing the second generation of its original customers with flowers and floral tributes for all occasions. A quick look around their shop in Castle Street is testament to that, and it is hard to miss the fabulous eye-catching displays which are regularly found outside their front door.

With almost three decades under their belt – or in Angela’s case nine years at the helm – Jean’s Flowers has seen the landscape of Rugby town centre change quite considerably.  Those changes have inevitably brought both opportunities and challenges, but as Angela pointed out, being able to adapt to the needs of the business and their customers and clients continues to stand them in good stead.

As well as that loyalty, Angela said the town centre has a true community feel to it, and one that has so much going for it which many other towns would love to have. It is with that whole community feel that Angela and their team also take particular enjoyment from their involvement with the various events held in Rugby town centre. They pin-pointed the likes of the Rugby BikeFest, Food and Drink Festival and, in particular, the Christmas Lights Switch On, as events that really show the  sense of spirit when Rugbeians and visitors alike converge to fill the town’s streets.

In Angela’s words, the secret to the continued success of Jean’s Flowers is “primarily good value, supplying and delivering the freshest flowers whatever the occasion, loving what we do, and being proud to be part of the Rugby town community”. And it is certainly a formula which continues to work. 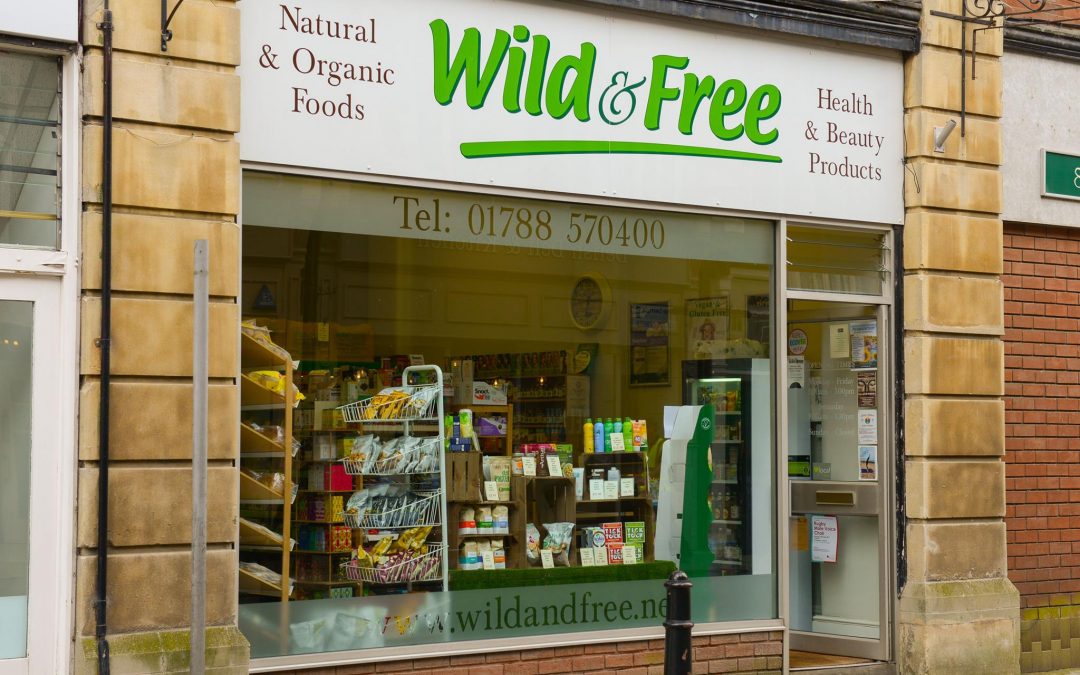 After more than twenty years spent running Rugby’s only organic food store, Steve and Barbara Prime have hung up their aprons and retired from the Wild & Free shop. Read more

We popped in to ask them about their experience of trading in Rugby and reflected on two decades of healthy eating habits.

Wild & Free was originally situated on Railway Terrace. Steve and Barbara spent seven years here watching the rapid growth of the town, expansion of new housing developments and more independent shops opening in the town. They then moved to bigger premises in the town centre on Bank Street.

“We’ve definitely seen off the competition – no-one has lasted as long as we have!”  Steve said. This may well be down to the high levels of customer service, where the Primes were willing to go the extra mile and even offered free delivery – not just in Rugby – but all the way over to Daventry and surrounding villages.

Steve credits people like Delia Smith and Gillian McKeith for making customers think more carefully about what they bought, cooked and ate to lead a healthier lifestyle. Over the years Steve has also seen the growth of veganism play a major part in lifestyle choices and their products have adapted to such shifts in demand.

Wild & Free prides itself on offering hundreds of product lines that are organic, ethically sourced and Soil Association certified. Looking around the shop you will find everything from fresh, frozen and dried foods to toiletries, beauty products, vitamins and supplements.

The Primes also supported local producers and had long-established relationships with Jason’s Organic Butcher in Cotesbatch and Feldon Farm Organic Farm in Frankton. Last year the shop even featured on BBC1’s Countryfile, as presenter Tom Heap purchased vegetables in paper bags from them in a story about buying food with as little plastic and waste as possible.

After the Rugby Food and Drink Festival at the end of September, Steve and Barbara began their retirement and handed over the shop keys to the new owners Charles and Ceri Line. Charles said that they are looking forward to “holding on to what make this place so special and taking it to another level.”

We tried to prise an exclusive reveal from Charles about what he has planned for the shop, but he wouldn’t disclose any surprises, so you will just have to watch this space for future developments! 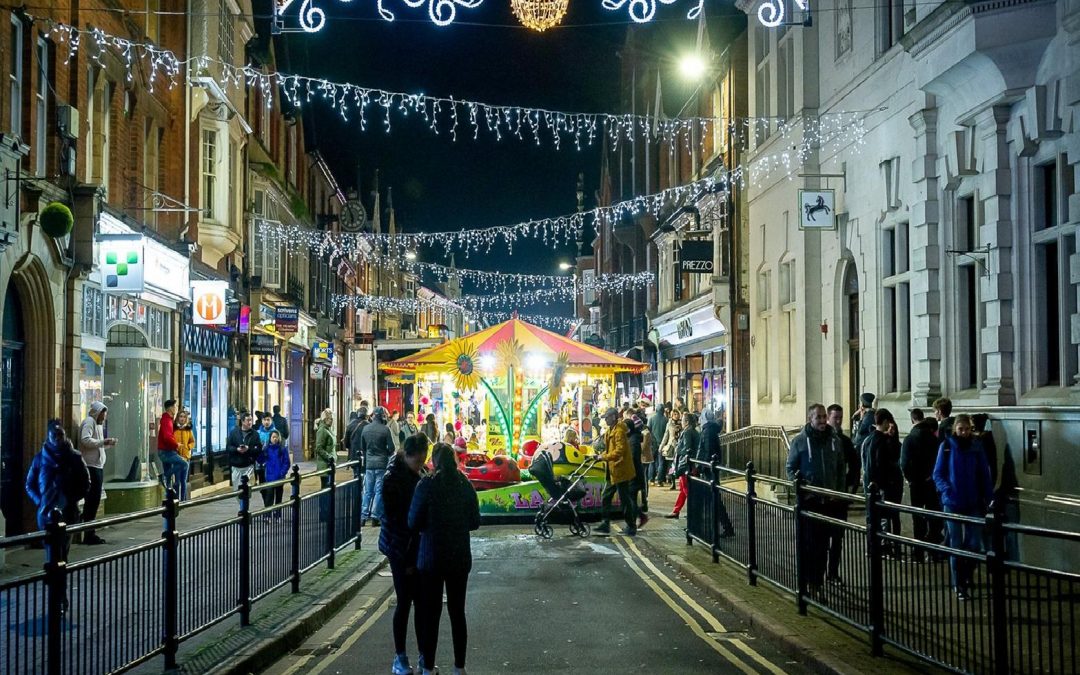 This year, the Christmas Lights will be switched on at 5pm, Sunday 17 November with an afternoon full of family entertainment.

Keep an eye on our Facebook page and the November e-news for more details on the Christmas window display competition, Santa’s Grotto and business promotions.

Making their debut in Rugby on Saturday 2 November, Tsuchigumo Daiko will be performing their breath-taking, high-energy, Taiko Drumming show.

Marvel at the thunderous, synchronised, rhythms in the evening performance at the Macready Theatre from 7.30 – 9pm.

With more than 2,000 years of history and presence in many aspects of Japanese culture, the Taiko is a philosophy of life, a martial art and an artistic discipline. Rugby is embracing Japanese culture during the Rugby World Cup 2019, in a three week fiesta of arts, culture, music and food to celebrate and honour the host nation, which will culminate in this show.

Tickets for the Taiko Drumming show are available to book on Eventbrite. 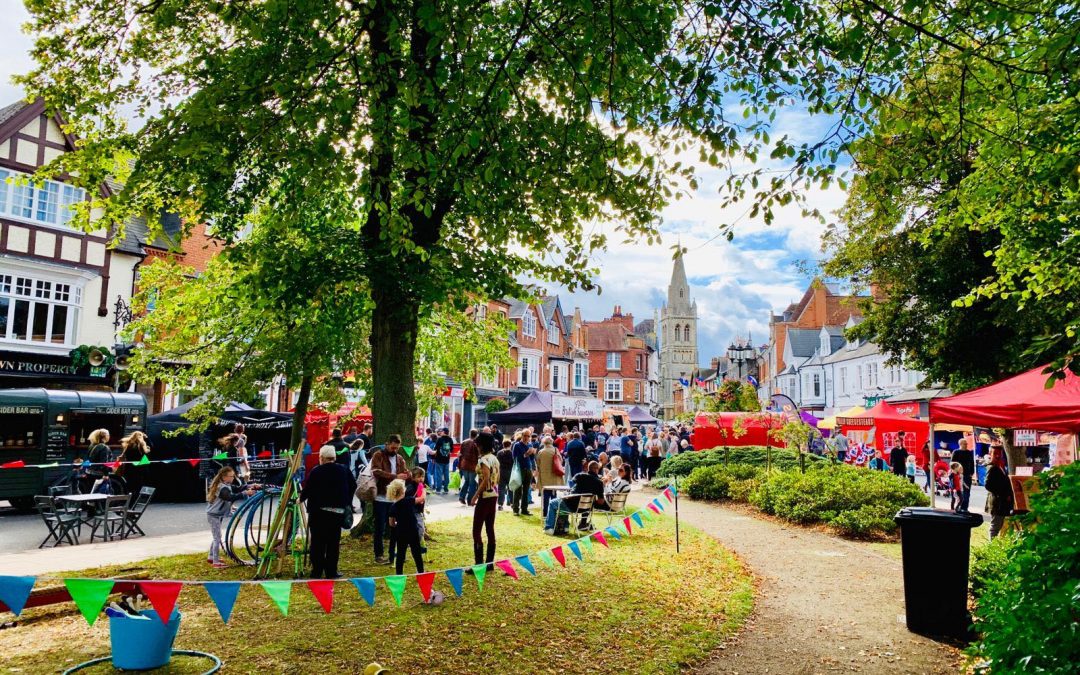